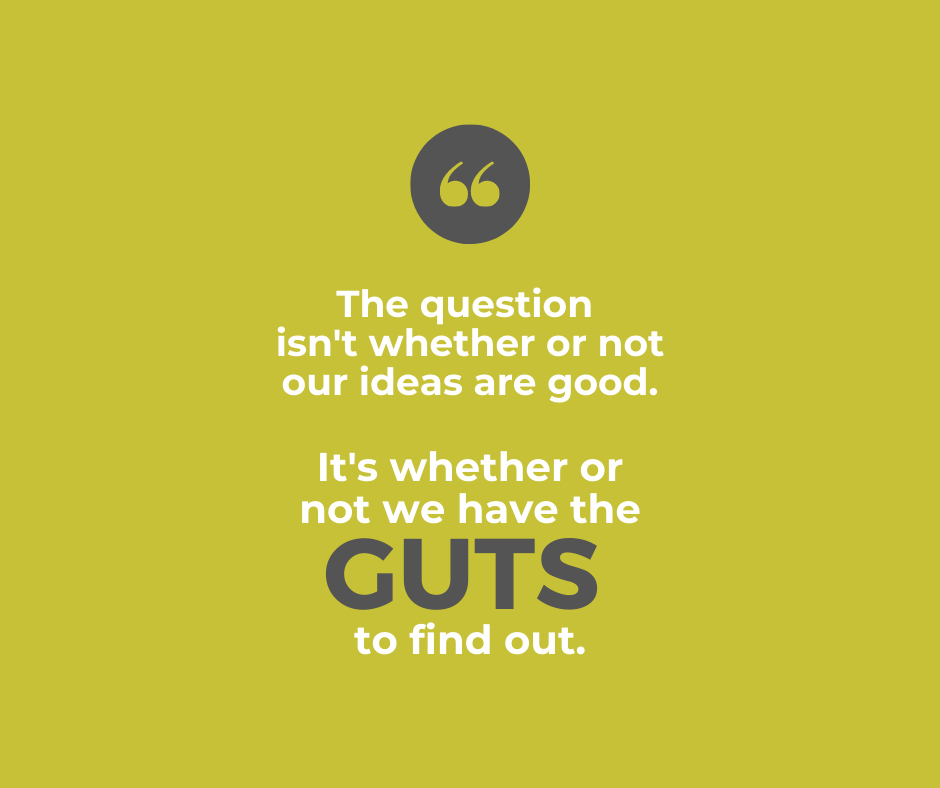 Well, this is it. The final conversation (for now) in the Creative Confidence series.

Over the last few posts, some of you took part in the Unlocked Box experiment to test out if creating our own proof that the last part of the Children’s Creativity Museum’s (CCM) definition of creative confidence is true, combined with acting as if we KNOW that all of the ideas we and others create have value, would translate into a tangible increase in creative confidence (i.e. if we would then have the freedom and courage to fail/take creative risks and the knowledge that all of the ideas we create have value).

Even though I don’t know what each of you experienced individually, I feel comfortable saying this:

No matter what change we want to create in our lives, the shift usually starts with CHOOSING a different belief about ourselves or the world, and then CHOOSING to pretend we believe it until we actually do.

And we do that by simply CHOOSING to act the way someone who honestly believed our new belief would act.

In this way, it’s a change process that works on us, rather than us working on it. We are really just going through the motions, with the concrete of our foundation not even set – and yet, in the end, we are changed.

The idea of choosing something that’s often the polar opposite of what we actually think, does have an element of blind faith in it, in that, at some point, we have to jump off the cliff and trust the net will appear. We have to trust that our bodies can take the lead and our minds will follow.

If we feel that being able to freely access our own inherent creativity is important to us personally, for our careers or businesses or for our relationships, and if we feel that inviting other people’s creative magnificence in a receptive, wholehearted way could possibly bring more joy, fun, passion, love and excellence into our lives – AND, if we also feel that the hurt around our creativity is just too layered and deep for such a simple solution as finding proof and acting “as if,” I want to share something I’ve heard many celebrated creative people say (in one way or another) when talking about their work and how they got over their creative fears and gained the confidence to leap off that cliff:

At some point, you just admit that you are good.
When that point is, is 100% yours to decide.

To choosing to jump.