6 Ways of Supporting Creativity in Others 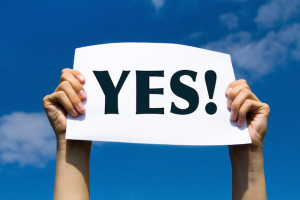 “A new idea is delicate. It can be killed by a sneer or a yawn; it can be stabbed to death by a quip and worried to death by a frown on the right man’s brow.”  – Charles Brower

In advertising agencies, employees are typically classified as either part of the account management team or part of the creative team. And these two groups are usually kept physically separated.

Although these dividing lines in the work place have practical purposes like supporting work flow. It also becomes a way for the employees to define themselves.

This assignment of space has impact.

I often heard my friends on the account team say things as blatant as, “I’m not creative,” and do things as subtle as coming to the creative side/floor when they needed a “creative” idea for their part of a client project.

People I worked with every day, and who I knew to be highly creative, held the belief that they weren’t. A belief reinforced by a simple seating arrangement.

The belief that we are not creative, like all disempowering beliefs, typically originates from outside of ourselves. Early on, parents and teachers are our influencers and we take to heart what they say to us and about us, how they act around our effort to let our creativity shine and how they respond to our creations.

Then, throughout our lives, whatever beliefs we’ve formed growing up, get reinforced by ourselves and by society:

We all know this, but what we don’t always realize is how very subtly powerful and destructive these reinforcers are, how prevalent they are and, also, how we (often innocently) contribute to the chipping away of other peoples’ confidence in their creative selves.

So, how can we be more conscious about supporting the creativity of others?

Here’s how we all can become champions of the inherent greatness lurking within everyone:

#1: Make a conscious commitment to be a positive supporter of others’ creativity.

Doing this has several pieces:

a. Recognize that the words you say and the gestures you use have an impact. That your sneer, yawn or worried brow sends an instant and damaging message.

b. Determine who you want to be in the world: A supporter of creative risk-taking or a preventer of it?

c. Decide to see (and seek out) what is magnificently and brilliantly creative about the people we love and the strangers we meet. In other words, look for what is already right before your eyes – the natural creativity all around you.

#2: Actively champion the creativity of others.

Don’t assume another person knows they are creative.

Don’t assume another person is confident.

And don’t assume that those who do know they’re creative and who are confident won’t benefit from being championed around their creativity anyway.

How do you “champion” another person?

You simply state what is true: You are so creative. I love your ideas. You bring so much imagination to your work. I can see the chances you take creatively – you are bold and brilliant.

Remember that inherent creativity is not the same thing as a creation. A creative chef can make a horrible meal. The result of someone’s creativity expressed may not have “worked,” but the effort and energy that went into making it WAS creative. The person was being creative.

#3: Counter other people’s anti-creative perceptions of themselves.

Be on the lookout for others’ self-minimizing comments and counter them.

For example, when someone is about to share an idea and then stammers “oh, that’s a bad idea, forget it” YOU be the first to say, “All ideas are good, please give me the chance to hear your unique take on this, you never know where it might lead.”

And then, when others do share, make sure to acknowledge the risk they took and what you like about the idea they offered.

Creativity is easily “but-ed” to death. Saying, “Yes, here’s what I love about that idea, and (build on the idea) …” creates a safe and courageous space for everyone to take creative risks because they know their ideas and creations will be met with positivity and will be taken further rather than torn down. More on “Yes, and …” here.

#5: Be a champion of your own creative being.

Model being someone who respects their own inherent creativity by not diminishing yourself. Demonstrate creative risk-taking, be bold, put your ideas and creations out there.

In other words, be an example of someone who doesn’t equate their creative being with their creations that flop.

#6: Above all, plant the seed of inherent creativity in the next generation’s head.

The world is full of naysayers and fearful minds, and there is likely a young person in your professional or personal life who needs YOUR support against them.

Be the one to notice and champion that young person’s creativity.

You may be the only one who acknowledges it out loud – and you have a good chance of changing everything for them.