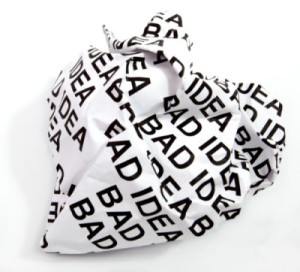 “I love your painting.”

“But it’s great. You are an artist. You’re very creative.”

The internal critic or saboteur has the power to diminish not just what we create, but who we are. It has the power to stop us from sharing ideas, trying something new, doing anything that might result in rejection.

I believe that we are all naturally creative – inherently so, and many of my clients come to me specifically to support them in finding and embracing that piece of themselves. Part of my mission as a coach is to shift perspectives around creativity so that my clients leave with more freedom, more courage, better coping skills around rejection and, above all, a deep-seated belief in their creative being.

As with navigating any internal saboteur, the trick (at first) is to engage the saboteur. Later, you will have the luxury of simply dismissing your saboteur, but before you can turn your head, you have to look it straight in the eye.

And you must look deeply. If you simply counter the saboteur right off the bat with “I AM creative,” before doing the underlying work that will make your statement meaningful and powerful to you, it’s likely the saboteur will still have you by the throat, paintbrush, keyboard – or whatever it is for you.

There are many interesting, rewarding and downright fun ways to navigate saboteurs (and I’ve listed a source at the end of this post), but here is one process I love because it allows you to start at the beginning: The incidents and messages that formed and supported the “I’m not creative” belief in the first place. It’s a wonderful STARTING point.

Step One: Find the origin of the “I’m not creative” belief.  Make a list of all the messages you received from parents, teaches, others about yourself and about creativity while growing up. Did your mother tell you that she’s not creative? Did your teacher ask you to draw between the lines? Did your artwork make it to the fridge? Were you criticized for being different? Did you get the feeling creativity was something for others? That it was special, and only the chosen few were blessed with it? The messages we receive while young have impact. They start to shape our beliefs and feelings about ourselves and the world. Take some time to remember what spoken and unspoken messages you received growing up and even as an adult. It can also be helpful to look at the variable why’s behind the message: why might my teacher have made me draw within the lines? She might have been fearful of being judged as a bad teacher. To her, a student who drew between the lines might have been proof of her goodness as a teacher. To realize that messages we’ve received growing up may have been riddled with the message giver’s own fears can be freeing in itself.

Step Two: Find the underlying beliefs. The messages we receive while young, at some point, became beliefs – things we simply KNOW are true. We took the message to heart and the belief become not a belief, but a fact. “Draw between the lines” becomes “I’m no good at art.” “Don’t act so weird.” becomes “It’s not okay to express myself.” For each of the messages you received about creativity (your own creativity and creativity in general), write down the belief you formed because of it – about your creative self, about creativity.

Step Three: Explore your beliefs. Now, start to pick your beliefs apart. You’ve got them all in black and white in front of you. So, first, recognize that even though each may feel like a truth, it’s only belief – your own perspective. First, ask yourself, what is the piece of this belief that IS true? Finding the piece that IS true can be tremendously helpful – especially for tightly held beliefs that really, really seem dead on true. It allows you to not have to go against logic, and can help you find the piece of the belief you may want to keep – the part that supports you. Then, ask yourself, what is false about this belief? Find the part that is not true – usually in the absolutes or in what we think others might think, when in fact we are guessing what they’re thinking. You are not going to keep the belief at this point, you are simply noticing if there is a truth in it (something worth keeping, that allows you to not throw logic to the wind), and what is false (and sometimes all of it is false). Example of not having to throw logic to the wind: The belief “I can’t draw” for someone who’s houses don’t look at all like houses, may be hard FOR THAT PERSON to throw away outright. The truth there may be, “I don’t have technical drawing ability AND that is something that is learned. It says nothing about my inherent creativity.”

Step Five: Incorporate your new beliefs into your life. Consciously choose to adopt your new beliefs. Becoming aware of old messages, old beliefs; understanding what those beliefs really mean; consciously choosing what parts to take with you and what parts to leave behind; empowered creation of new beliefs that you are actively CHOOSING rather than unconsciously following – all this WILL SHIFT YOU. Automatically. Awareness (simply noticing), understanding, conscious choice is all you need to start navigating the internal creativity saboteur. When it shows up wielding an old belief, you may fall prey for a second, but you’ll remember your work. You’ll make it a point to remember that you have a new belief. You’ll tell that saboteur, “I’m sorry, but I don’t believe you anymore because of these reasons. I see where you’re coming from, I see the part that is true, what you are afraid of FOR ME, but I choose a different perspective and action for today.”

Phew! It’s a lot of work. And for those of you who have done belief shifting processes before, you know there is more that can be taken on – and other ways to get to the point of conscious choice around what we believe about our creative selves. Giving the saboteur a persona and talking with it is another (fun way) to call the voices in your head out into the light for the purpose of managing the impact they have on you. The source I mentioned at the top is called Taming Your Gremlin – A Surprisingly Simply Method for Getting Out of Your Own Way and, to me, it truly is the 101 on saboteur navigation.

The main point is that if you have the desire to overcome obstacles around creativity – no matter what the internal creativity saboteur is saying to you – and no matter where you are on the continuum of creativity acceptance and creative action – it’s tough to “just get over it.” A process of exploration is the key.

It takes courage to look deeply and I am always amazed at what I personally discover when I do this work with my saboteurs and unbelievably honored to receive the gift of supporting another in their own journey.