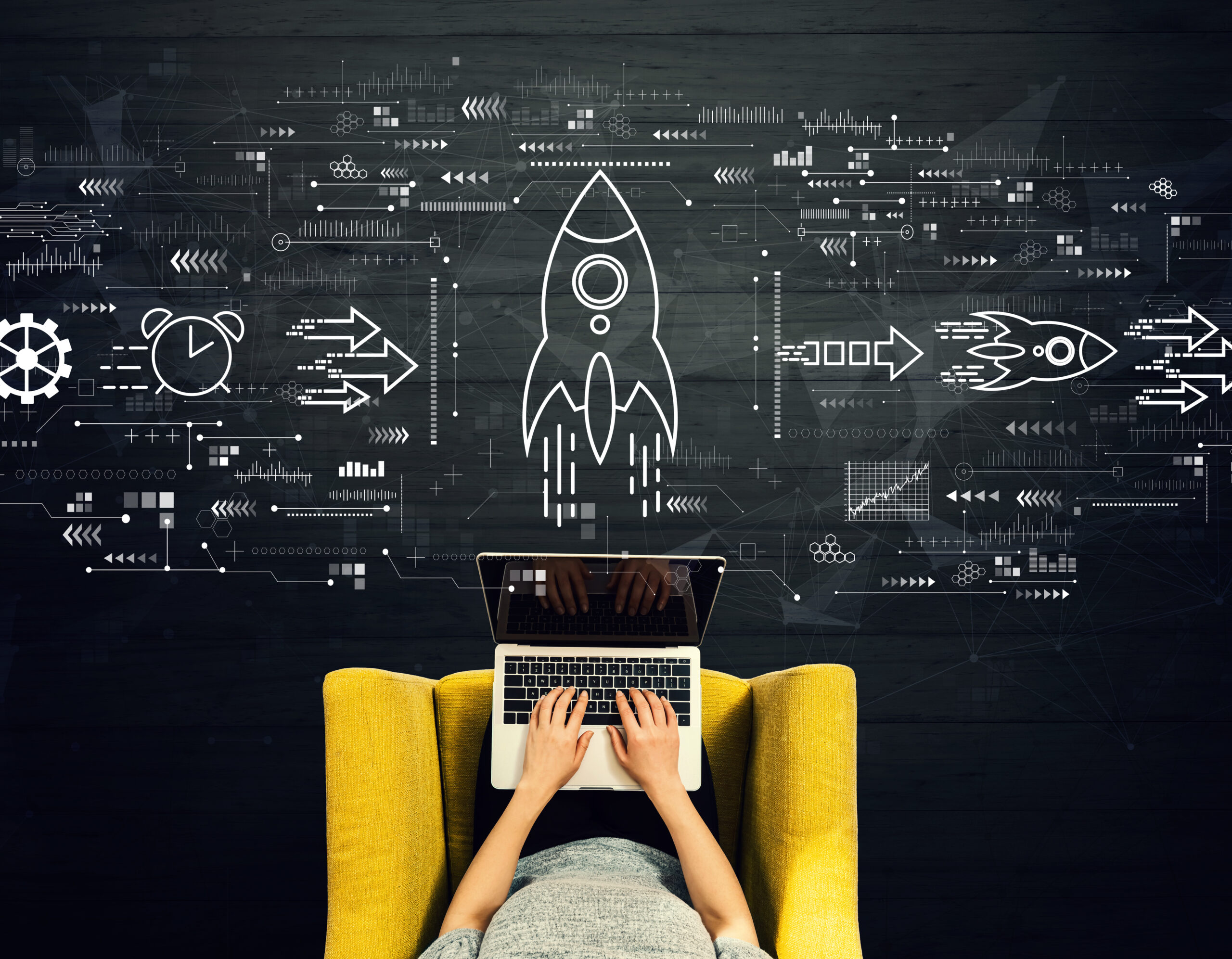 Even if we’re very creative and and get a lot done, there are usually one or two projects that anxiety or fear have stopped us from starting or finishing.

We’re still able to produce, so it can be easy to convince ourselves that it’s okay that these particular projects are stalled.

And it might actually be okay, if it wasn’t for one thing:

The fact that those projects yet to launch are likely the projects that are most meaningful to us.

If this is the case, launch anxiety won’t just ruin your day. It will steal your life away – preventing you from doing in business those things most related to your purpose, values and the impact you want to have.

All this means is that you have to do the deep work it takes to get through that fear and launch, right?

While I’m a huge proponent of directly working with fear (just look at the category on my blog called Navigating Saboteurs), I’ve also found that entrepreneurs and others in business often move forward and launch faster when exposed, even superficially, to the concepts related to lean startup philosophy.

But it turns out that lean startup principles are also very good at speeding up the exit of launch fear.

Best of all, you don’t have to be an expert in lean startups for its principles to work for you (or on you) in conquering fear.

In fact, I worked with one entrepreneur who’d been thinking about her business concept for over a year. She hadn’t launched because fear was holding her back. Her fear showed up as lots of ideas, not knowing which to choose and not wanting to get it wrong.

So, we talked about a few lean startup concepts and principles like minimum viable product (MVP), validated learned and the idea of trying to fail fast generally. We discussed why they were inherently smart and more strategic, and also what it might mean to her in terms of her emotional landscape and development process if she were to adopt them.

A couple of weeks later she had not only picked an idea, but was starting to talk about it with her customers and prospects.

She told me that the lean startup principles had freed her.

To be really clear, she is NOT running a lean startup by any means, and I did not take her anywhere close to the complete lean startup methodology. She simply used the inherent fear-busting power of lean startup concepts to give herself permission to launch.

The reason lean startup philosophy is so good at conquering fear so you can launch an idea faster is simple:

The core idea behind lean startup philosophy is MVP which asks, “What’s the minimum amount of features I need to launch so I can begin to learn from early adopters?”

MVP does not encourage you to create a bad product or service. Rather it prompts you to think: “What is the most minimal version of this idea that’s good enough to put out there so that I can collect feedback.”

The realization that it might be better to get feedback from customers and create what they actually want, rather than trying to guess at it, takes the pressure off.

Lean startup principles are grounded in the idea of minimizing risk.

Risk is minimized generally by NOT having everything completed and perfectly right before launching.

Because, if you go for perfection, you’ll end up with a lot of waste since it’s rare to hit the nail on the head first time out.

Then, learn from what’s not working and take the idea to the next level, making embracing failure a critical and key step in getting to success faster (and not just some quote found on an inspirational poster).

Phew! What a relief!

And the reality is that many entrepreneurs simply do not have the resources to create their ultimate vision right out of the gate anyway. They need to start with something doable.

“Hey there, businessperson. In actuality the smartest thing you can do is start before you’re ready. You have permission to launch.”

We don’t have to study and understand all the in’s and out’s of lean startup philosophy. It’s okay if all we do is lean on the general idea and get ourselves in motion.

To giving yourself the green light.

I wrote a post on Seth Godin’s book, The Icarus